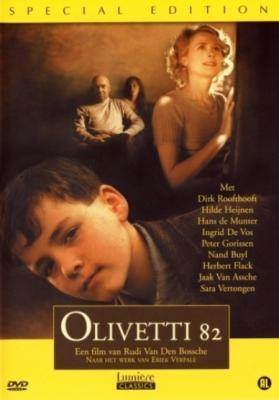 0n the day before Christmas a man is being interrogated, suspected of murder. We hardly know anything about him and we don't understand why he is been taken in for interrogation. Because the suspect stubbornly refuses to answer any questions, the assistant inspector brings in a typewriter - an Olivetti 82. That way he can type out his story. After all, he's a writer, isn't he? Gradually the man starts telling us the story of his life - a search for love and security.

Olivetti 82 pictures the descent into an ordinary man's life. Step by step we find out about his tragic past.
Olivetti 82 is based on the stage play of the same name by Eriek Verpale.